How to Successfully Restart Your Start-up

No one ever started a business knowing they would fail. Still, these things happen even to the best. Unfortunately, seeing how one sets of with a no small amount of enthusiasm, the defeat can be a crushing blow to their self-esteem. What they don’t know, however, is that even some of the greatest businessmen in the history had a failure or two in their CV. For example, one of the first enterprises of Henry Ford went bankrupt in 1901 and the same happened to Walt Disney in 1923. In other words, failure means the end only if you allow it to be so. Those who are ready and willing to fight for what is theirs have a lot of means to restore their business to its former glory.

There are many reasons why you were forced to close your business. A family emergency or an emotional rough patch might make you incapable of running a company, so you decided to make a break. Unfortunately, in 9 out of 10 situations, the true reason behind closing will be failure. Still, this is not necessarily a completely bad thing. A start-up that failed usually won’t leave you in millions of debt, while the same could not be said for a larger enterprise. An early failure allows you to learn from your mistakes and not repeat them when there are larger figures at stake. Just make sure to do a detailed analysis of all the things that went wrong before you decide to reopen.

The most important thing for a business to keep running is for it to have a steady income. The price of running a business may not be that great, but it is the one that needs to be paid regularly for you to stay in the game. From credit cards and personal loans, to vendors and suppliers, the amount of money you’re responsible for paying can accumulate fast. Your suppliers won’t care about the reasons why you can’t pay them and are likely to just walk away. Also your employees expect their paycheck to come in on the date you both agreed upon and it will be your responsibility to make this happen. Still, in order to always be able to pay on time, you need to ensure that your clients are as vigilant in their payments as you are. In some cases, this will mean hiring someone like Spector & Associates to deal with a debt recovery for you. Remember, your business always comes first.

Intuition is Both Friend and an Enemy

Finally, try to remember the thing that caused you to fail the first time. In most situations, it will be your intuition. In most cases, this is trusting your clients, suppliers and partners when you were not supposed to or making business decisions based on your gut feeling. Sure, popular beliefs about entrepreneurial spirit encourage such a behavior, but in reality, this is not always the wisest idea. The world’s most successful businessmen always trust data and, even if they seem to act on intuition, they are only following the patterns they recognize from their rich experience. On the other hand, what most laymen or new businessmen think intuition to be is nothing else than a gamble.

These three simple tips may not seem as much, but adhering to them may significantly improve your chances. Of course, it cannot guarantee you success, but it can make the chance of failure a lot less probable. One thing they have in common is that they are all meant to make your business dealings much safer and factually based. After all, a high-end business in often no short of an exact science. Those who think of it as more of a luck-based game just don’t have all the facts. 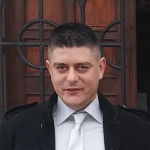